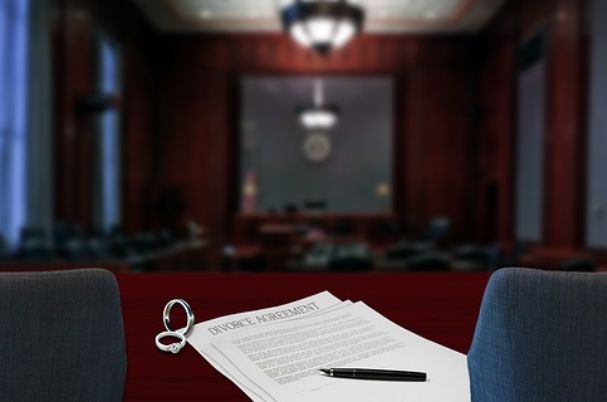 For many couples, retirement assets represent a significant portion of net worth. To split assets equitably during a divorce, most couples divide the benefits available in their employer retirement plans and the money they invested in their individual retirement accounts.

The rules for splitting accounts are unique to each type of retirement account, but one rule is uniform: To avoid current taxation, the division of the retirement accounts must be done as a result of a court-ordered property division, divorce, or separation agreement.

Retirement plans. As noted above, prior to making any changes to a participant spouse’s plan benefits, employers require a QDRO document, signed by a judge. Before the QDRO is written and issued, best practice is to talk with your or your former spouse’s retirement plan administrator about plan requirements. Once the QDRO is written, it takes a court order to make corrections or changes.

Depending on individual plan rules, benefits may separate immediately (the separate interest approach) or at the participant spouse’s earliest retirement eligibility (the shared payment approach).

IRAs. Practices and requirements among IRA custodians differ. The key to a successful transfer is to have a settlement agreement that clearly specifies the accounts to be transferred. Under Internal Revenue Code Section 408(d)(6), this transfer is intended to be tax free.

There are two basic ways to split up an IRA. The most common method of transfer is to segregate the assets into a new IRA for the former spouse. Alternatively, a check can be cut to the recipient spouse, who has 60 days to open his or her own IRA to avoid taxes.

Employer plans can be categorized as defined contribution, like the popular 401(k) plans, and defined benefit, commonly called pensions. A defined contribution plan has readily ascertainable account balances. These are usually split shortly after a divorce has been finalized.

A former spouse qualifies for a survivor annuity only if the QDRO clearly provides it and the retirement plan can accommodate it. If the plan cannot provide survivor benefits to a former spouse, or if the former spouse’s claim ends at the participant spouse’s remarriage, the former spouse may consider life insurance as an alternative means of income.

If the QDRO specifies payout instructions not offered by the retirement plan, it cannot be honored; however, the QDRO can require early retirement benefits for the alternate payee even if the participant spouse chooses to delay retirement.

Unlike an alimony award, retirement plan property settlements are not generally severed when a former spouse remarries.

QDROs. Which party is responsible for taxes? It depends on whether a separate account has been set up for the former spouse or whether monies are paid out of the participant spouse’s benefits. With separate accounts, each party is responsible for his or her own taxes. With shared benefits, all taxes are paid by the participant spouse.

Note that a QDRO-ordered distribution to a child or other dependent is always taxed to the participant spouse.

One of the advantages of a QDRO is that the 10-percent penalty does not apply for early withdrawals from a 401(k), 403(b), or 457(b) plan made to a former spouse who is younger than 59½; however, the mandatory 20-percent withholding tax does. To avoid the tax on monies intended for IRA rollover, elect a direct transfer to the new IRA custodian.

Divided IRAs. Remember that an informal or mediated agreement between spouses to divide individual IRA assets is not recognized by the IRS and will result in taxes. To separate an IRA, there must be a written instrument, such as a decree of divorce. Also, unlike with QDROs, a divorce does not qualify as an exception to the 10-percent early withdrawal penalty for IRA distributions prior to age 59½.

State, local, and municipal retirement systems offer fewer options for dividing marital assets. The retirement plans of some states do not allow the assignment of benefits, even to a former spouse.

Nonqualified annuities can be divided between divorcing spouses without triggering taxes, based on the instructions of the court-approved settlement document. Because each insurance company has its own unique requirements, it is wise to communicate with the nonqualified annuity carrier before the final divorce decree. You may find that existing surrender charges will be applied. Further, some provisions such as guaranteed income may be affected.

Stock options also pose challenges in property division. The date chosen for determining asset value is crucial. Value can differ widely, depending upon whether it is based on the date of the initial separation, the date on which the divorce was finalized, or the date of option vesting.

Because valuing and dividing a couple’s assets is complex, consider bringing in a third-party professional such as your financial planner or a Certified Divorce Financial Analyst (CDFA). Experienced with valuing retirement plans and employee benefits, a CDFA professional can act as an advisor to your attorney or as a mediator for you and your former spouse to help in pursuing an equitable settlement.

This material has been provided for general informational purposes only and does not constitute either tax or legal advice. Although we go to great lengths to make sure our information is accurate and useful, we recommend you consult a tax preparer, professional tax advisor, or lawyer.

Ben Murphy is a financial advisor located at Global Wealth Advisors 601 N. Marienfeld, Suite 322, Midland, TX 79701. He offers securities and advisory services as an Investment Adviser Representative of Commonwealth Financial Network®, Member FINRA  / SIPC, a Registered Investment Adviser. Financial planning services offered through Global Wealth Advisors are separate and unrelated to Commonwealth. He can be reached at (325) 207-5772 or at info@gwadvisors.net.