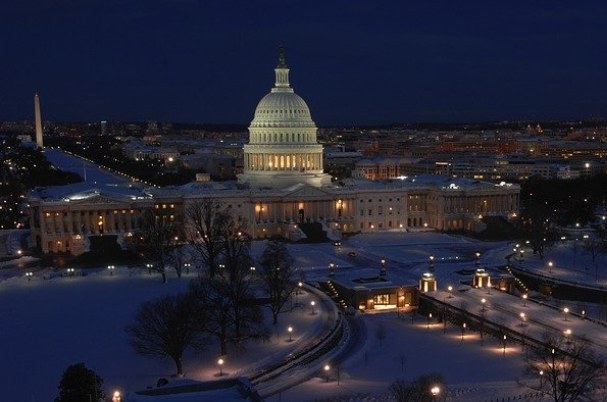 Wednesday, January 6, 2021, will be remembered in the history books—for a couple of reasons. First, while Congress met to count the inaugural votes, we anticipated that members from both houses would be objecting to electors from some states. What we didn’t anticipate was that the Capitol would be besieged by an angry mob that delayed, but did not prevent, the ultimate announcement of Biden’s victory. We also learned the outcome of the Georgia Senate runoff, which saw both seats won by Democrats. As a result, come the inauguration, all three arms of government will now be under the control of the Democratic Party.

What will a blue government mean for us as investors?

In the short term, the biggest drawbacks to a blue Washington are probably higher tax rates, for both businesses and individuals. These could directly hit corporate earnings and, therefore, stock prices. After that will be more regulation and a more active anti-business approach, especially around the big tech companies. This shift could certainly affect sentiment and, with it, the markets. We need to keep an eye on both tax and regulatory policy going forward.

In the short term, a $2,000 stimulus check is now much more likely, with a blue, Democrat-controlled Senate likely to allow a vote and bipartisan support. Given the recent weak job numbers, this money would be a significant help. We are also more likely to see federal help for states and municipalities, which would support another weak area of the economy, especially in vaccine distribution. The upside of more government spending is that we need it, in the short term. Longer term, we are also likely to see more spending on infrastructure, with bipartisan support, and a more constructive trade policy.

In other words, as usual, there will be both good and bad, and the end result will be somewhere in the middle.

What About More Radical Policies in a Blue Washington?

What we probably won’t see are policies that are wildly out of the mainstream. Even in a blue Washington, there simply aren’t the votes. Yes, the Democrats control the House, but with a smaller minority than in the last Congress. The votes for anything radical just won’t be there. Similarly, even though Democrats won both Georgia Senate seats, that takes them to 50 plus the vice president’s tie-breaker vote. One defection and they no longer have a majority.

There are two proven defectors (Manchin and Sinema), along with other centrist senators, who will prevent anything radical. Biden himself is also a centrist, more than anything else. While the Republicans have lost the leadership of both houses, they still have commanding minorities that can block anything out of the mainstream. In that sense, nothing has really changed in terms of what policies can be passed.

The big difference, then, between the last Congress and this one is simply that Democrats will be able to introduce policies in the Senate and actually bring them to a vote. But they still won’t be able to pass them without Republican support. The first example is likely to be the $2,000 stimulus checks, which never got a vote in the last Congress and likely will in this one. With bipartisan support, the stimulus is likely to pass now that a vote will be allowed, and it won’t be the last bill like this. Infrastructure spending is another example. The Democrats can propose, but the Republicans will still dispose. The Green New Deal, for example, will still be dead on arrival.

A Return to the “Old” Normal

From an investor’s standpoint, while there are certainly risks (see above), there is also a lot to like here. While the government has done a great deal to support the economy through the pandemic, more is needed over the next couple of months. While much has been said about infrastructure spending, not much has been done—and it is needed. In other words, there are a lot of things that the Democrats will want that responsible Republicans can agree with, even as they can fight against things with which they disagree. There is a real chance that politics may turn back to something approaching what we used to call normal, where widely supported policies pass.

That would be a good thing. The real takeaway here is that, yes, Washington has gone blue. But it is a very light shade of blue and one that is likely to show spots of purple or even red on occasion. This isn’t the blue wave; instead, it’s something much closer to politics as usual. Despite the risks, as investors, we can be comfortable with that.