The Ukraine War and Your Investments 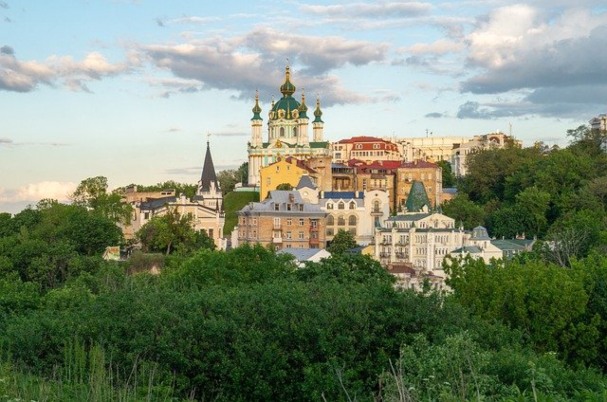 Now that we’re almost two weeks into the Russian invasion of Ukraine, some of the dust is starting to clear around the financial markets. Since the invasion on February 24, markets first rallied, then dropped, and (as of this writing on the afternoon of March 9) now are roughly at the same level as they were before the invasion. In other words, for all the headlines and the tragic damage in Ukraine itself, markets have so far largely shrugged off the impact. Not at all what you would expect.

Part of the reason for the lack of impact has been the continuing strong economic data we have seen this year. Hiring is extremely strong and, despite everything, consumer confidence is still healthy. Businesses also remain confident and investing, and there are no signs so far that the recovery is at risk. This has no doubt kept markets from pulling back more than they have.

While the past data was strong, that doesn’t mean the invasion will have no effects going forward. But we can draw some clues about what those effects might be from how the economy and markets have reacted so far.

Looking back to the start of the year, markets are down—but that decline came in January and February, before the invasion. The decline was primarily caused by the fear of rising interest rates, as the Federal Reserve (the Fed) had signaled strongly that it planned to start raising rates at its next meeting. That fear, and the higher rates that were already showing up in the market, hit stock valuations hard. While the market so far has not been too worried about Russia, it remains worried about the Fed. That gives us some guidance about how to think about the effect of the Ukraine war going forward.

Note that, for all the human tragedy of the war in Ukraine, the direct economic damage is likely to be small in the short term, especially here in the U.S. That explains why markets have largely shrugged it off. Over the medium and longer term, though, that impact is likely to grow in ways that increase inflation further and that make the Fed more likely to raise rates faster and higher. Just as we saw earlier this year, the real effect of the war on markets here in the U.S. will come from what it does to the cost of living—and what the Fed does in response to that.

The Cost of Living

For example, we are already seeing a significant impact on gas prices. Multi-year highs in oil prices have pushed U.S. gasoline prices to similar levels. That has and will continue to hit consumer confidence and spending power directly. Over the next several months, we will see similar hikes in food prices, driven by the removal of Russia and Ukraine—major grain producers—from the global economy. People have to eat and they have to drive, and that will be a headwind for the economy.

It could also drive inflation higher, as food and energy are both significant components of what people spend their money on. While there were signs that inflation was peaking, the Ukraine war will keep it higher, potentially much higher, and for longer. That will keep the Fed on a tightening path and may result in higher rates, faster, than what the market had expected. Just as we saw at the start of the year, this could well result in more turbulence.

So what, if anything, should we do with our investments?

Normal market volatility. First, let’s not panic. So far, the volatility we have seen in markets, including the drop in January and February, is perfectly normal behavior. Similar drops have happened roughly every year or so over recent decades. Second, the increase in rates that has driven these drops is simply taking rates back to normal levels, after the extreme lows of the pandemic. In other words, what we have seen so far looks more like a return to normal than anything to worry about. Here, too, the Fed’s proposed tightening of policy is intended to move back to normal. So far, nothing really to worry about.

Indirect effects of war. The Ukraine war, though, is something to worry about—but more as a citizen than as an investor. The human tragedy is real, and the geopolitical implications will evolve over decades. This is a very big deal, on multiple levels. But from an economic perspective, it boils down to two things: oil and food, as noted above. As the U.S. is or can be largely self-sufficient in both, the impact on us will be largely indirect.

That defines the investment problem as being about inflation, rather than the war. Inflation is something we can invest around effectively. In other words, this is, from an investment perspective, a solvable problem.

That doesn’t mean we are out of the woods. Lots can and will happen in the war, and the headlines could well shake markets. Between the war and the Fed, we could well see more volatility and a deeper drawback. The risks are real.

But even as the risks are real, so are the opportunities. The U.S. economy remains strong and likely to ride out any headwinds. Companies continue to make very good profits. And when those two things are true? There is a solid foundation for investing.

The Real Takeaway with the Ukraine War

This material is intended for informational/educational purposes only and should not be construed as investment advice, a solicitation, or a recommendation to buy or sell any security or investment product. Certain sections of this commentary contain forward-looking statements that are based on our reasonable expectations, estimates, projections, and assumptions. Forward-looking statements are not guarantees of future performance and involve certain risks and uncertainties, which are difficult to predict. All indices are unmanaged and are not available for direct investment by the public. Past performance is not indicative of future results. The S&P 500 is based on the average performance of the 500 industrial stocks monitored by Standard & Poor’s. The Dow Jones Industrial Average (‘the Dow’) is a price-weighted measurement stock market index of 30 prominent companies listed on stock exchanges in the United States.

Tom Kennedy is a financial advisor located at Global Wealth Advisors 520 Post Oak., Suite 450, Houston, TX 77027. He offers securities and advisory services as an Investment Adviser Representative of Commonwealth Financial network®, Member FINRA  / SIPC, a Registered Investment Adviser. Financial planning services offered through Global Wealth Advisors are separate and unrelated to Commonwealth. He can be reached at (832) 649-8111 or at info@gwadvisors.net.