2019 Midyear Outlook: A Story of Headlines Vs. Fundamentals 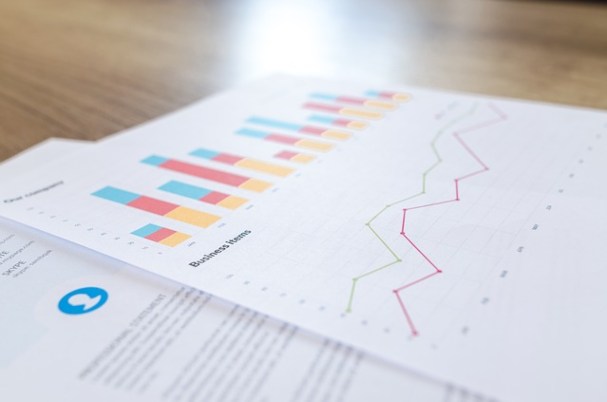 At the end of last year, the big question was, “Will 2019 bring the end of the recovery?” All of the data seemed to point to an answer of “Not yet.” And so far, that answer still holds. The big picture suggests growth is likely to continue for the rest of the year, which should, in turn, support the financial markets. But there’s more to the story . . .

To date, it has been an eventful year. Markets moved up, pulled back sharply, and then bounced again. The economy was slow to start, picked up during the first quarter, and now may be slowing again. Meanwhile, the political story has included the Mueller report, a China trade deal and then a trade war, a postponement of Brexit, and looming tensions with Iran.

Reacting to all of these headlines would have been a bad strategy. Because while the markets have been more volatile this year, the fundamentals—the underpinnings of our economy—have remained solid.

Take job growth, for example. Although there has been volatility in the monthly job gains, the overall growth rate has remained steady at more than 2 million jobs per year. Over the past 40 years, when job growth has been at this level, a recession has been at least a year away. Yes, we have seen some weakening recently, but the year-on-year trend remains strong.

Similarly, consumer confidence levels remain high, at levels last seen in 2001, and the year-on-year change is positive. We have never had a recession without a decline in confidence of at least 20 points over the previous year. This should buy us another 12 months or more.

Business confidence is weaker than both job growth and consumer confidence, currently sitting at close to its lowest levels of the past several years. Despite that, it is still solidly expansionary, suggesting continued—though slower—growth.

Even the yield curve spread shows risk is not likely immediate. Although the yield curve is on the verge on inverting, an inversion would only start the recession clock ticking. Historically, the initial inversion has preceded a recession by a year or more, which once again leaves us in the green for the balance of 2019.

Looking at these fundamentals, it’s clear that conditions are better than the headlines suggest. We have never had a recession with job growth as strong as it is, with confidence where it is, and with the yield curve where it is. Some slowing is likely, but slowing is still growing, with calendar-year expectations for economic growth sitting between 1.5 percent and 2 percent.

Given the healthy data mentioned above, we could have reasonably expected inflation to rise—and it did, but not by much. More, the most recent data suggests that, with slowing growth, inflation has started to pull back again. Although the Fed decided in 2018 that the risks of not raising rates were greater than those of raising them, in 2019 it has put that policy on hold because of this slowdown.

Expectations are for no more increases this year, plus a real possibility of cuts. Inflation is now expected to stay below 2 percent, and longer-term rates should end the year around current levels, with the yield on the 10-year Treasury between 1.75 percent and 2.25 percent.

What About the Stock Markets?

Steady growth and interest rates suggest that global stock markets are likely to continue to trade on fundamentals, such as revenue and earnings growth. Here in the U.S., revenue growth remains healthy, and while earnings growth has slowed, it is expected to remain positive. This should support the markets through the rest of the year.

With earnings growing, the real issue will be valuations. Historically, high confidence levels have driven up valuations, and we have seen that in recent years. As confidence moderates and growth slows, however, we can expect valuations to stop rising, meaning further appreciation will depend on earnings growth.

Prospects Bright, but No Guarantees

Solid economic fundamentals should continue to support markets through the remainder of 2019, with moderate appreciation likely—if current trends hold. None of this, however, is guaranteed. Here in the U.S., we’ll need to keep an eye on potential impeachment of the administration by the Democrat-controlled House; the ongoing trade war between the U.S. and China; and, most notably, the upcoming debt ceiling confrontation between Congress and the administration. Abroad, we have pending issues in Europe, including Brexit and Italy, as well as a rising confrontation with Iran.

Even if growth does slow, though, or we see any of the other potential issues erupt, the underlying strength of the economy is likely to limit the damage. We’ve seen many similar situations in the not-so-distant past—and they didn’t knock the economy or markets off their paths.

When you look back at the recovery so far, this scenario is very similar to what we have seen for most of the past 10 years: slow growth threatened by multiple risks. And, just as we have seen over the past 10 years, although the concerns are real, the big picture is very much like what we have become accustomed to. Despite the worries, it’s still not a bad place to be.

Certain sections of this commentary contain forward-looking statements based on our reasonable expectations, estimates, projections, and assumptions. Forward-looking statements are not guarantees of future performance and involve certain risks and uncertainties, which are difficult to predict. Past performance is not indicative of future results. All indices are unmanaged and investors cannot invest directly into an index. The S&P 500 Index is a broad-based measurement of changes in stock market conditions based on the average performance of 500 widely held common stocks.

Kris Maksimovich is a financial advisor located at Global Wealth Advisors 18170 Dallas Parkway, Suite 103, Dallas, TX 75287. He offers securities and advisory services as an Investment Adviser Representative of Commonwealth Financial Network®, Member FINRA/SIPC, a Registered Investment Adviser. He can be reached at (972) 931-3818 or at info@gwadvisors.net.

Caring for an Aging Parent

Presented by Ben Murphy, CPA, PFS™: Caring for aging parents can be a difficult planning aspect to balance. If you are among the “Sandwich Read More...

With Election Season Heating Up, How Much Volatility Should We Prepare For?

Presented by Dean Elliott:  September has been a difficult month for investors, as markets have dropped. As we head into October, with a contentious Read More...

A Step-by-Step Guide for Executors

Presented by Michael G. Wendlandt: This executor guide intends to help you in your role as executor of an estate. It explains the process and offers Read More...