Fairness and Equity Among Family Members 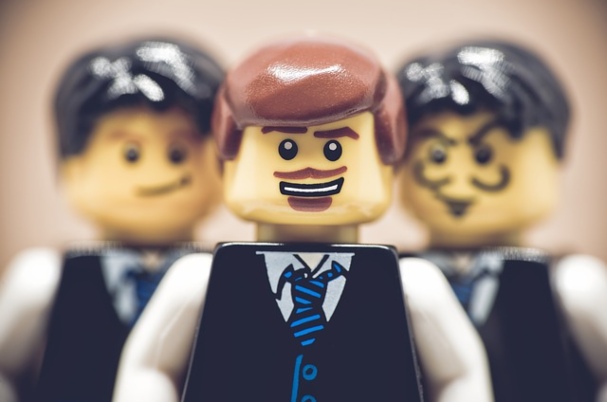 Summary: What owners and family each consider fair can cause problems. This article addresses this concept.

When planning for your business’ future success, you will likely need to address how you will eventually distribute your assets to children or close family members. As you address this issue, you may realize that what you consider fair is quite different from what your children and family consider fair. Consider the story of owner Bill Budster.

Bill Budster was 70 years old and ready to transfer his business. Two of his stepchildren, Beau and Donna, had worked in the business for 20 and 15 years, respectively. His other three biological children—George, Gary, and Heath—had successful careers outside of the business. Bill had always planned to transfer ownership to his stepchildren, but his plans ran into some problems.

Bill’s business was valued at $8 million, more than enough to provide his family members with financial security. Over the next four or five years, Bill wanted to split ownership in the business evenly between his stepchildren using a discounted value to account for the sweat equity they’d put in. Since they began working in the business, cash flow had risen steadily while they earned somewhat modest salaries, and Bill didn’t think it would be fair to make them pay full value.

But when Bill’s biological children learned about his plans, they argued. Bill had planned to provide $500,000 to each of his biological children upon his death, which he believed was more than fair. His children, on the other hand, wanted to know why each stepsibling would receive about eight times more than what each biological child would get, based on what the business was worth. They also wanted to know why their stepsiblings, who weren’t blood related, would reap financial benefits now, while they would have to wait until after Bill died to reap theirs.

Bill wasn’t sure what to do. When he asked his stepchildren whether they would be more interested in receiving cash after his death instead of business ownership, they declined. They’d worked hard in the business. Each had continuously turned down higher-paying offers to work in the business. They both had ownership mind-sets.

Despite weeks of discussions with his children, Bill realized that neither side would budge on what they wanted or considered fair. His stepchildren were upset that Bill had considered rescinding ownership after years of telling them he intended to transfer the business to them. His biological children felt that receiving cash after his death wasn’t enough and that they should receive equal value as their stepsiblings, at the same time.

Bill began to wonder whether he should simply sell the business to an outsider, but his stepchildren said they would not work in the business for anyone other than Bill or themselves. And if they left the business, Bill knew his cash flow and business value would crash. He felt stuck.

What Can Bill Do?

Rather than trying to negotiate with his children directly, Bill could have given them an objective rundown of his plans. He may have explained to everyone that the value of the business wasn’t liquid and that Beau and Donna would need to continue performing well to truly reap the benefits of ownership. He could have showed his biological children the tax consequences of ownership and the fact that Beau and Donna had effectively paid for their shares of ownership through working hard and foregoing other opportunities. In short, he could have communicated that his stepchildren’s shares of assets were loaded with risk, whereas his children’s portions of the family wealth were much less risky.

Likewise, Bill could have created incentive plans for his stepchildren in earlier years that recognized their contributions and rewarded them with ownership. Beau and Donna both said they would leave the company if they didn’t receive the ownership Bill promised them. This backed Bill into a corner, because if they ever left the business, his company wouldn’t see strong growth, which would make the business far less valuable, especially to any potential outside buyers.

The information contained in this article is general in nature and is not legal, tax, or financial advice. For information regarding your particular situation, contact an attorney, or a tax or financial advisor. This article is not intended to give advice or to represent our firm as qualified to give advice in all areas of professional services. Exit Planning is a discipline that typically requires the collaboration of multiple professional advisors. To the extent that our firm does not have the expertise required on a particular matter, we always will work closely with you to help you gain access to the resources and professional advice that you need.

Any examples provided are hypothetical and for illustrative purposes only. Examples include fictitious names and do not represent any particular person or entity.