Global Wealth Advisors > Who > GWA Articles > Market Information > With Election Season Heating Up, How Much Volatility Should We Prepare For?

With Election Season Heating Up, How Much Volatility Should We Prepare For? 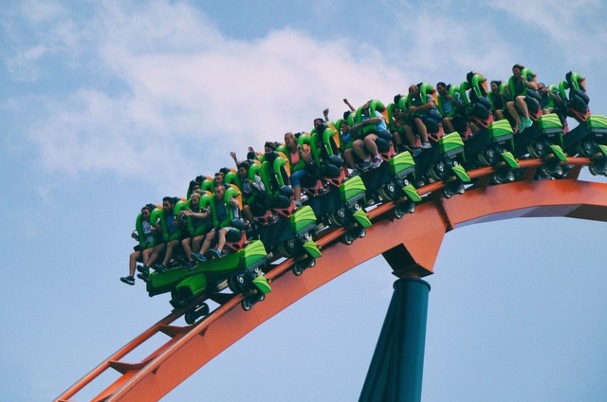 September has been a difficult month for investors, as markets have dropped. As we head into October, with a contentious election less than five weeks away, it’s easy to see why investors are even more worried about what might be next. How big a drop might we see in financial markets, especially if the results are disputed? Will it be like 2000? Could it be worse?

These fears are real. The 2000 presidential election—with the Florida “hanging chad” debacle—hit markets, and this election could be even more dramatic. Markets are already expecting trouble: expectations of volatility, as measured in the options markets, have spiked for November. From a political standpoint, unless there is a blowout win by one side or the other, we are almost certain to get litigation and an unresolved election, like in 2000. A substantial market reaction would be quite possible.

And the election is only the start. For each side, worries abound that a victory by the other will sink the markets. Could there be a prolonged downturn if one or the other wins? What does history tell us?

When we look back over time, in 14 of the past 17 election years, the S&P 500 was up in an election year. The exceptions? The year the tech bubble burst and the year of the global financial crisis. Elections, in and of themselves, do not seem to disrupt markets. We have seen that so far this year.

In the year following an election, the picture has been even clearer. Eight of the last nine post-election years have shown gains, with six years of returns in the double digits. Even as we have seen gains in election years, we have seen further gains in the following year, once the uncertainties around the election were resolved.

So, what does this tell us? We might see markets drop in November. In fact, we probably will. Even if we do, though, over time they will come back. In the long run, it’s the fundamentals—consumer confidence and spending, employment, business investment—that tend to play a stronger role in market performance.

What Should Investors Do to Prepare for Election Season Volatility?

As an investor, you need to be aware of the potential effects of the election. But that doesn’t mean you need to take action. In fact, it might make sense to do nothing. It depends on who you are and how comfortable you are with risk:

·    Traders (i.e., people who actively follow the market): This might be a chance to try to make money off the expected volatility. This approach is risky, though—many try and not all succeed. But if you are a trader and want to try your luck, this might be a good opportunity.

·     Investors with a longer, goal-focused horizon: Unless there are signs of a longer-term decline, this might be the time to wait it out. In 2000, the market declined 8 percent over the election. We’ve already seen a decline of this magnitude in September, and we saw one four times as large earlier this year due to the pandemic. In fact, at some point, in almost every year, we see a larger decline than that. Even if we do see a pullback, sitting tight is usually the right move.

What If There’s a Longer-Term Decline?

The real question here, for investors, is if we do see a decline, will it be short-lived or long-lived? Short-lived, we shouldn’t care. Long-lived? Maybe we should.

It’s certainly possible that we could get a longer-term decline. Looking at history, however, we probably won’t. Every time the market has dropped in a meaningful way, it has bounced back. The reason for this is that the market depends on the growth of the U.S. economy. Over time, markets respond to that growth. If the economy keeps growing, so will the market. So, unless the election chaos slows or stops the growth of the U.S. economy over a period of years, it should not derail the market over the long term.

Could the election do just that? It’s doubtful. We could—and very likely will—see a disputed election result. But there are processes in place to resolve that dispute. One way or another, we will have a resolution by Inauguration Day. While we will almost certainly have continued political conflict, we will also have a government in place. From a political perspective, any continued conflict should not disrupt the economy and markets any more than we are already seeing.

Does the Market Care Who Wins?

Ultimately, probably not that much. The political disconnect between the two sides is not going away. But we already are seeing the effects, and the election won’t change that. The election will be when that disconnect spikes, but that spike will happen around a distinct event with an expiration date. The effects likely will be real and substantial, but also temporary. Either way, over time, the market will go up.

One worry is that a Democrat administration will sink the market. History doesn’t bear that out. Since 1900, according to Bespoke Research, the average Republican administration has seen gains of 3.5 percent per year, while the Democrats have experienced gains of almost twice as much, at 6.7 percent per year. Even more recently, annual gains under Clinton and Obama exceeded those of both Bushes and Trump (so far). The market goes up under both parties.

It does even better under divided government. The next president will likely have to deal with just that, limiting the administration’s ability to pass any significant changes. Even if the Democrats were to take the Senate, a Biden administration would not have a filibuster-proof majority and likely could not rely on all the Democrats to vote for anything radical. The American political system is designed to be hard to change. Nothing in this election will change that, no matter who wins.

Put in that context, fears about the election look to be overstated.

So, What Should Investors Do?

We certainly need to be aware of the effects of the election. But as investors, we don’t need to do anything. Like any specific event, however damaging, the election will (as others have) pass. We will get through this, although it might be rough. If you’re concerned about your portfolio, be sure to contact us for a thorough review.

Disclosures: Certain sections of this commentary contain forward-looking statements that are based on our reasonable expectations, estimates, projections, and assumptions. Forward-looking statements are not guarantees of future performance and involve certain risks and uncertainties, which are difficult to predict. All indices are unmanaged and are not available for direct investment by the public. Past performance is not indicative of future results. The S&P 500 is based on the average performance of the 500 industrial stocks monitored by Standard & Poor’s.