Despite Bumps Along the Way, Road to Economic Recovery Shows Promise 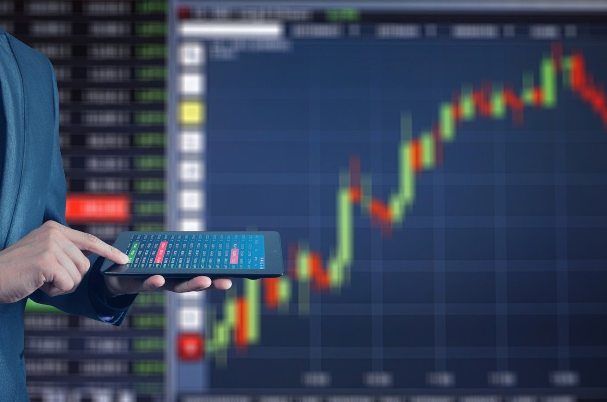 Halfway through 2020, we’ve already had enough news (and then some) to fill up an average year. So far, we’ve seen a pandemic explode—then moderate. The stock market crashed—then recovered rapidly. There were protests around the nation—and we don’t know what will come next there. In addition to these major events, politics has steadily become more confrontational, and we know it will likely get worse as we move toward the November elections.

Given the headlines, the key to figuring out what is likely to happen over the rest of the year is to focus on the most important trends, which for our industry means the coronavirus pandemic, the economic response to it, and the financial markets.

The real question about the coronavirus for the rest of 2020 is not if there will be a second wave, but whether it will be large enough to derail the economic recovery underway. So far, it does not look like it will. As of early July, we are seeing significant second waves in several states, and rising case counts in many others. It is quite possible we will see lockdowns locally, but a national shutdown looks unlikely, which should allow much of the recovery to continue. Although there are risks to that outlook, it remains the most probable case for the rest of the year.

Despite the rising case counts, the economic reopening is making solid progress. Job reports so far have indicated the damage has peaked and many have returned to work, leading to a bottoming out and rebound in consumer confidence. Surprisingly strong consumer spending data has validated this, as consumers spend only when employed and confident. Business confidence has rebounded as well, bringing it close to or above pre-pandemic levels.

The economic recovery has benefited from two major factors. First, the virus was brought under control faster than expected. Although that improvement has paused—we are seeing localized outbreaks in several states and rising case counts in others—the spread of the virus remains moderate in much of the country. Second, the Federal Reserve (Fed) provided substantial monetary support at the same time the federal government provided trillions in stimulus payments. The combination acted as life support until the economy could reopen, and that life support appears to have worked.

Financial markets have also responded to the surprisingly positive outcome so far. After an initial drop and what looked like an impending depression, they recovered strongly because of federal support and control of the virus.

Looking forward, while the risks of a national resurgence remain, the more probable outcome is that localized outbreaks will be contained as local authorities take appropriate measures. Even if cases increase nationally, the bulk of the damage will likely be confined to a limited number of states. Local shutdowns are to be expected as states respond, but we are still far away from even considering national measures, which means the economic recovery is likely to continue through the end of the year.

In fact, it may accelerate. So far, many metrics have recovered much faster than expected. Mobility data is already above pre-pandemic levels, while consumer spending has regained a substantial share of its losses. Auto sales and the housing industry have also shown significant bounces. Overall, for much of the economy, if we trend the recovery over the past several weeks through the end of the year, we could be close to where we were at the start.

Chances are that won’t happen, of course, and setbacks are likely. Still, based on the data so far, the chances of continued improvement look to be well supported. If we do suffer setbacks, the government is likely to provide more stimulus to close the gap. All in all, these trends should counteract any damage.

This is exactly what financial markets are expecting—continued progress on controlling the virus and a smooth economic recovery. Markets have returned close to pre-pandemic highs, and, despite some recent volatility, are holding steady even in the face of state outbreaks and fears from the Fed. Markets expect a positive outcome across the board, and that remains very possible.

The expectation that everything will proceed smoothly, however, limits potential appreciation through the end of the year. With all the good news priced in, valuations are quite high—the highest level in the past decade based on expected earnings. For markets to appreciate beyond that, things have to go even better than expected, which will be difficult.

Markets, for example, now expect earnings for S&P 500 companies to rebound to levels we saw in 2019, which would be an amazing recovery. Stocks, however, are well above the levels we saw then—which also suggests limited future appreciation. A great deal of good news is already priced in, which means there are downside risks if things do not go as well as expected.

Looking at the numbers, the economy will still be in recession in the third quarter but should recover substantially from what looks to be a very weak second quarter. The fourth quarter should see the economy close to breakeven, with the very real prospect of a return to growth at the start of next year.

The stock market, in the form of the S&P 500, will likely finish the year around current levels, maybe a bit higher. Interest rates will remain low, as inflation remains under control and the Fed refrains from any increases.

Positive Momentum Should Continue Through 2020

The story for the rest of 2020 is continued healing—from the pandemic, economic damage, and market turbulence. Although real risks remain and setbacks are inevitable, the outlook is positive. For the coronavirus, we know what to do and are addressing renewed outbreaks. For the economy, the current momentum should keep us improving through the end of the year. And the market’s confidence in a positive outcome is a good sign for the future.

Despite the headlines, despite the risks, and despite everything, we move into the second half of the year in a better place than anyone expected a couple of months ago. That is a very good place to start.

Certain sections of this commentary contain forward-looking statements that are based on our reasonable expectations, estimates, projections, and assumptions. Forward-looking statements are not guarantees of future performance and involve certain risks and uncertainties, which are difficult to predict. All indices are unmanaged and are not available for direct investment by the public. Past performance is not indicative of future results. Diversification does not assure a profit or protect against loss in declining markets. The S&P 500 is based on the average performance of the 500 industrial stocks monitored by Standard & Poor’s. Emerging market investments involve higher risks than investments from developed countries, as well as increased risks due to differences in accounting methods, foreign taxation, political instability, and currency fluctuation.

Real Estate and Self Directed IRAs

Presented by Ben Murphy, CPA, PFS™: Self-directed IRAs are almost identical to traditional IRAs: They both allow you to save money in a Read More...