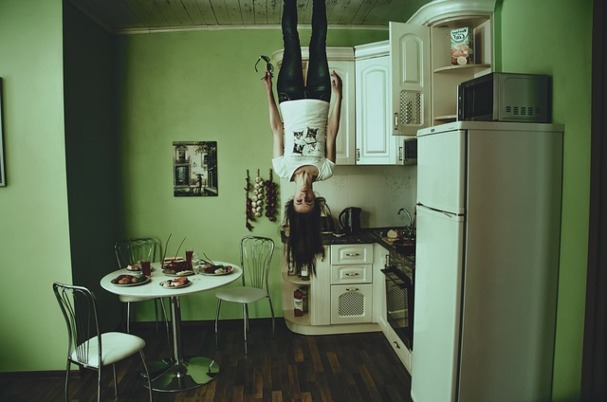 The headlines this week have warned that we’re nearing a “debt ceiling crisis.” What does this mean? It’s estimated that on January 19, 2023, the United States will have borrowed as much money as it’s legally allowed to borrow and will be prohibited from borrowing more. Why is this happening? In short, the new Congress has failed to pass a law allowing the Treasury to borrow the money that’s needed to make required payments. The Treasury, therefore, will have to use cash on hand right now, as well as any inflows, to pay the outstanding bills for as long as possible—until the money runs out.

If that sounds like an awkward situation, that’s because it is awkward. It also raises very real economic and market risks, which are being played out in the headlines. Let’s analyze in detail what this all means.

The U.S. government runs a deficit, meaning it spends more than it brings in. So, it continually borrows more to pay the outstanding bills. The problem is that Congress has put a limit on the total amount the government can borrow, also known as the debt ceiling. Congress needs to raise that limit on a regular basis to account for the approved deficit spending. Raising the debt limit has become a regular political football, which is why we’re having this conversation again now. The new Congress has not raised the limit, so we are reaching the debt ceiling.

Once the debt limit is hit, the Treasury cannot issue any more debt, but it still must keep paying the bills. There are “extraordinary measures,” which have been tested in previous debt-limit confrontations, that would allow this to be done in the short term. These include shifting money among different government accounts to fill the gap until more borrowing is allowed. For example, affording the debt by suspending retirement contributions for government workers, or repurposing other accounts normally used for things like stabilizing the currency. The idea is that this will buy time for Congress to authorize more borrowing. This is where we are now, and where we’ll be for the next couple of months.

The Consequences If Congress Doesn’t Act

At a certain point—tentatively estimated to be around June—the Treasury will run out of money to pay the bills. Among those bills are the salaries for federal workers. So, at some point, the government will largely shut down. Some bills will get paid, but many government obligations will go unpaid.

Why We Should Care About the Debt Ceiling

Setting aside the political aspect of the situation, this affects investors for several reasons. First, cutting off government payments will hurt economic growth. Limits on Social Security payments, for example, would severely hurt both economic demand and confidence. While Social Security would likely be the last thing cut, other cuts would also hurt growth and confidence. We saw this in prior shutdowns, and the damage was real.

The bigger problem, however, is if payments to holders of U.S. debt are not made and the Treasury market goes into default. U.S. government debt has always been the ultimate low-risk asset, where default was assumed to be nearly impossible. Adding a default risk would raise interest rates, potentially costing the country billions over time. The economic risk, both immediate and long-term, is very high.

We have seen this movie before, and while the ending could be very bad, we’ve resolved the problem every previous time. There are a few ways we could do this before June.

The easiest and most likely course of action is for Congress to cut a deal. At this point, it seems the group of Congresspeople really looking for an extended confrontation is quite small. If that’s true, a deal is very possible, and even likely, as the pressure mounts.

On the other hand, if Congress cannot or will not come to an agreement, there are other ways the government can resolve the problem before it blows up. These range from the reasonably credible, like using a line from the 14th amendment of the Constitution to justify ignoring the limit entirely, to the reasonable but iffy, like issuing lower face value bonds with higher coupons. There are also borderline crazy solutions, like issuing a trillion-dollar coin. In short, there are many options other than default. As we saw in the financial crisis, the government is willing to do a lot of things that were previously unimaginable to avoid a crisis, and I am quite certain that will be the case here as well.

What Happens If We Default

Defaulting is not the end of the world, and here’s why. First, it happened before in 1971 for technical reasons. Since the reasons weren’t economic, investors looked through the default and the long-term consequences were minimal. Second, a default this time around also would not be economic; it would be political. When countries default because they can’t pay, that is a systemic problem—the lenders won’t be getting their money. In this case, though, we can and will pay. It will just take some time to get through the political process. No one is talking about repudiating or actually defaulting on U.S. debt over time, and the markets are reflecting that. Real default won’t happen, even if temporary default does.

The Takeaway Message for Investors

Don’t panic. This has happened before and will likely happen again. The headlines are making the most of potential consequences, and the worst case would indeed be bad. But there are enormous incentives to cut a deal before we reach the worst-case scenario. And even if a deal is not cut, there are other non-default options. If we do get to default, the likely market volatility will drive a deal at that time. Failure to solve this problem really isn’t an option.

This is a big deal, and worth watching, but not worth worrying about yet. We’ll be keeping an eye on it and writing about any developments. In the meantime, keep calm and carry on.

Presented by Ben Murphy, CPA, PFS™, CPFA® : Charitable gift annuities (CGAs) are an arrangement between a donor and a nonprofit organization where Read More...